Home » News » Some introductions about gelatin

Some introductions about gelatin

Gelatin is partially degraded by collagen in connective tissues such as animal skin, bone, and sarcolemma to become white or light yellow, translucent, slightly shiny flakes or powder particles; therefore, it is also called animal gelatin and gelatin. The main ingredient has a molecular weight of 80,000 to 100,000 Daltons. The protein that makes up gelatin contains 18 amino acids, of which 7 are necessary for the human body. The protein content of gelatin accounts for more than 86%, which is an ideal proteinogen.

The finished product of gelatin is colorless or light yellow transparent flakes or particles. It is insoluble in cold water and soluble in hot water to form an approved inverse gel. It has jelly, affinity, high dispersion, low viscosity characteristics, and dispersion. Physical characteristics such as stability, water holding capacity, coating, toughness and reversibility.

2. Absorbable gelatin sponge has excellent hemostatic properties and can be absorbed by the body

1. Commonly used as a depot, which means to extend the effect of the drug in vivo

2. As a pharmaceutical excipient (capsule), capsules are the most widely used for medicinal gelatin. Not only the appearance is neat and beautiful, easy to swallow, but also to mask the odor, odor and bitterness of the drug. Faster than tablets and very promising

Gelatin is the carrier of photosensitive emulsion. It is the main raw material for the manufacture of films. It accounts for almost 60% -80% of emulsion materials, such as civil rolls, motion picture films, X-ray films, printing films, satellite and aerial mapping films.

In the production of confectionery, the use of gelatin is more elastic, tough and transparent than starch and agar, especially when producing soft and full-fledged soft candy and toffee, high-quality gelatin with high gel strength is required. 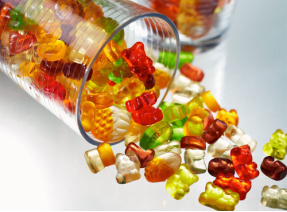 In frozen foods, gelatin can be used as a jelly agent. Gelatin jelly has a low melting point and is easily soluble in hot water. It has the characteristics of instant meltdown.

It can be used in the production of ice cream, ice cream, etc. The role of gelatin in ice cream is to prevent the formation of coarse grains of ice crystals, keep the organization delicate and reduce the melting speed.

As a meat product improver, gelatin is used in the production of jelly, canned food, ham and other products. It can act as an emulsifier for meat products, such as emulsifying fat in meat sauces and cream soups, and protect the original characteristics of the product.

Gelatin can be used as a clarifying agent in the production of beer, fruit wine, liqueur, fruit juice, rice wine, milk drinks, etc. The mechanism of action is that gelatin can form flocculent precipitates with tannins. After standing, flocculent colloidal particles can The turbidity is adsorbed, agglomerated, lumped and co-settled, and then removed by filtration.

Gelatin can be synthesized into gelatin film, also known as edible packaging film and biodegradable film. Gelatin film has been proven to have good tensile strength, heat sealability, high gas, oil and moisture resistance. It is used for fruit fresh-keeping and meat fresh-keeping food packaging.